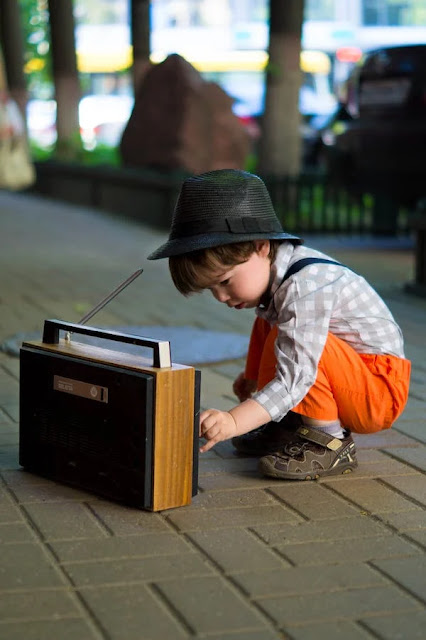 It's been awhile since I have written a post. I guess I get kind of busy, since I have early retired. There always seems to be something getting in the way. It's either something around the house, sleep in the recliner, watch football or as of late covid. Yes my wife brought it home from her job. My wife started the night before Halloween. My son, daughter and myself started on Halloween with symptoms.

Fortunately, we are all fully vaccinated and boosted. We all seem to have mild cases. It's like having a nasty head cold, but we are feeling much better. My wife is negative now and back at work. She is a certified nurses aid in a retirement home. Myself and two adult children are still positive. Hopefully we will be negative in a few days.

Okay now for the Ham Radio related stuff. My facebook account was badly hacked by some Chinese Hackers awhile ago. I had to delete my account, facebook groups and pages that I created. They actually took over one of my facebook Ham Groups and made themselves the administrators. I have reported it a few times and posted it to twitter a few times.

I will be posting my affiliate ads for Ham Radios for sale at #Amazon and #Ebay. Anyone may join the group and post their ham radio items for sale, with my permission. I have upped the security, so no more undesirables can enter. The crooks have now changed the name, but the ham post are still there. Here is a link to it   https://www.facebook.com/groups/798195637307446/?mibextid=HsNCOg . It was called Ham Radio Antenna DIY Group and I had over 5000 members. They have now called the group Movie Action 2023. They claim it was sold, these people are nothing but scumbags. If you know of any hams on it, let them know.

Thanks for reading from Dan KC2YTI General Ham

Sorry I have not been around lately. I have been busy with things. I did not get called to go back to my previous job working as a Computer Hardware Technician. They were not calling me back when the covid pandemic slowed down. They only called me when they were short of help. I had contact with an individual inside the company, so I knew everything that that was said and was going on.

My contact asked me if they had called me and I said no. I was told that management was telling the employees that they spoke to me and I said I was not going back. I had not spoke to them since they let us all go. Well they called me and left a message on the answering machine. They wanted me to come in so they could speak to me. I did not speak to them or go in.

They were only offering me what unemployment pays, which is 60% of my normal wage. They were only paying me about $15 an hour. I had worked there for 17 years and never had a raise or cost of living increase. Other technicians starting out were getting paid $25 per hour or more. I found out that everyone else was making their normal wage, so why me ?

Well they were doing very little to prevent the covid-19. There were a number of other things that were illegal according to the Microsoft License Agreement. I was tired of being lied to and talked down to. You see they bought the previous company I worked for and I was part of the package deal. I worked 26 years as a Computer Hardware Technician and 11 Years before that as an Electronic Technician. I have my AAS Degree In Electrical Engineering- Master Electronics. I explained all this to unemployment and never had a problem.

I decided to stay on unemployment until it ran out and then decided to early retire since I was heading to 63 years old. I could not see going back to work for them at about $7 per hour. That is what I made years ago working for the school district when I was a kid.

Okay now back to the subject at hand. I had a facebook account with a number of pages for Ham Radio and other subjects. I am into affiliate marketing for Amazon and Ebay. I have sold a few things over the years. My facebook page got badly hacked and I had to delete it, so I am starting over. Here are some links to some of my new facebook pages.

Please pass them around if you could. I plan on writing some more posts as I have some spare time now. Thank You Dan KC2YTI

What Do You Want For Christmas In Your Ham Shacks ?

Well it's that time of year again, ham radio friends where we think about what we want for Christmas in our ham shacks. Yes many of us would like one of those $2000 dollar ham radios, but our budget limits us from that. So then we have to make a decision on what we want and what fits our budget.

In my situation, my wife works a good full time job and I have early retired. Yes due to the pandemic, my job did not call me back. In fact they only called me when they were short of help, because one technician was going on 3 weeks vacation and the other was going on a week vacation after that. You may be asking yourselves how did I know this.

Well I kept in touch with another employee that they had coming in and helping during the pandemic. Yes the individual was supposed to stay out until the government said it was okay to go back to normal. I asked how they were practicing any protection from the covid 19. I was told they only wore a mask when a customer came in to the store. As far as back in service where I worked, it was business as usual. No one wore a mask and there was no self distancing.

The employee asked me if I had talked to management. I said I had not spoken to them since they let us go. I was told that they were telling people that I told them I was not coming back. Nothing but more lies as this was always happening. I was told that they said they were going to call me. Well they called and I listened to the message on the answering machine.

They told me nothing about what I already knew. They wanted me to come in to talk to them. They also said in the message that they would only pay me what unemployment paid. That would be 60% of my normal wage. Understand that I worked there for over 17 years, never had a raise or a cost of living increase. I was earning about $14 dollars an hour working as a Computer Technician. I asked the employee if they were paying everyone less, the answer was they were paying them the same amount.

They were paying the other technicians $25 an hour or more. So they were going to only pay me about $7 an hour. This was basically a slap in the face to me. I decided to stay on unemployment as long as I could and look for a job as an Electronic Technician. I have my AAS Degree In Electrical Engineering with the Master In Electronics. I had worked as a Electronic Technician 12 Years before working as a Computer Technician. I found that jobs were scarce at the time and the ones being offered were not worth it due to the pandemic and pay.

I decided to stay on unemployment until it ran out. I checked the amount I would have on social security and compered it to the amount if I waited until 65 to 70 to retire. There was very little in the amount, so I decided to retire now. There were other personal reasons why I did not go back to my job. I informed unemployment about all this and the reasons for not going back. I never has an issue with unemployment. My biggest reason was the lack of protection for the covid 19 pandemic.

Okay, so back to the subject at hand about what do you want for Christmas. If your budget is small like mine, then I would look at purchasing low cost items on Amazon or Used Items On Ebay. I myself am getting a Baofeng Handheld Ham Radio. If you want a good ham radio, then I would look at Ebay for a used ham radio or gear. Ham Radio Operators tend to take really good care of their equipment.

I have seen some pretty good deals on Yaesu, Icom and Kenwood Transceivers as well as other brands. My advise is to always check out the sellers rating and reviews, because there are many crooked people out there. Yes there are many scammers that are just after your money. So always make sure to protect yourself.

Are You Thinking Of Remodeling Your Bathroom ?

Stay Warm In The Ham Shack